EYE FOR EYE by J.K. Franko

This giveaway is sponsored by Talion Publishing LLC, publishers of the thrilling Talion Series by J.K. Franko. 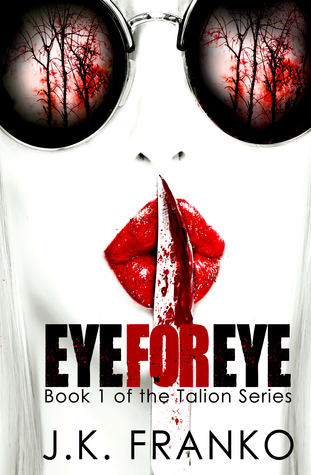 As a successful reporter, Susie Cruise was used to reporting the news not becoming it, but when a careless driver mows down her little girl that is exactly what happened. Grief-stricken, Susie and her husband, Roy, turn to the law for justice, but when the system fails them, grief soon turns to hate. Three years later, a chance encounter at a mountain vacation offers the tantalising prospect of retribution, but at what cost? Before long, the Cruises find themselves embroiled in an intricate scheme of murder, revenge and deception. Now, the police are asking questions just as a shocking truth reveals that the perfect plan may not have been so perfect after all.

We’re giving away five copies of Eye for Eye by J.K. Franko to five lucky Riot readers! This sweepstakes is open to residents of the United States (excluding Puerto Rico and all other U.S. territories). Entries will be accepted until 11:45 pm, December 13, 2019. Winner will be randomly selected. Complete rules and eligibility requirements available here.