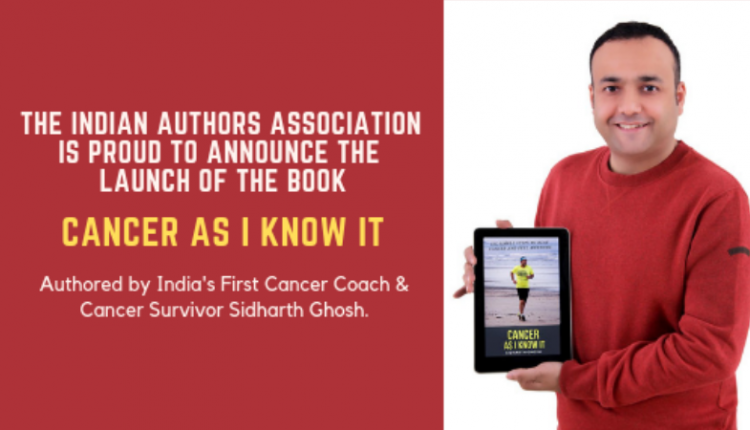 Cancer As I Know It – Authored by Sidharth Ghosh

Sidharth Ghosh popularly known as FlyingSidharth is a Cancer coach, a transformer, a marathon runner, a biker and a traveller by passion. He has been a runner since 2008 and has participated in several marathons post his cancer treatment. He has been featured in Star Sports “Believe Me Story”, “YourStory” and several other media houses. He firmly believes It is your strong willpower and positive mindset that eventually decides whether you end being a cancer victim or a cancer warrior.

The revealing story of grit and determination of Sidharth Ghosh whose life came to a standstill when he was detected with a rare type of cancer a month after running a full marathon. He went through several hardships and then realized that doing some simple things in life could transform him into what he always wanted to be. Do such questions also haunt you and your family?

• Why did cancer happen to me?
• What should I do now, is it the end?
• What lifestyle changes should I adopt in life?

The steps and suggestions combined with a wit of someone who has gone through exactly the same what you may be going through right now make this an unexpectedly meaning and a connected read.

This is not the story of someone who woke up one morning and changed his life. He took one step at a time and brought out these small changes in him and then changed his life forever. He fought the disease head on and went back to running and sports within a year of his lifesaving surgery.

10 New Books We Recommend This Week

Dance This Mess Around: When Georgia Recreated Rock ’n’ Roll